AirBnB Has Discovered a Way to Make Online Reviewers Nicer

AirBnB Has a New Logo, The Blogosphere Is Having a Laugh
Wearables May Not Be the Best Fitness Aids

Style
When to Shop Amazon Prime Day for the Best Deals

Accor CEO SÃ©bastien Bazin said the acquisition of Fastbooking, which follows its acquisition of itinerary-management service Wipolo in October, will help to accelerate the hotel groupâ€™s digital strategy. Accor didnâ€™t disclose the terms of the Fastbooking acquisition.

Mental health reviews, protocol for pilots leaving the cabin and many other topics have been raised in light of the Germanwings crash now believed to be a murder/suicide. One pilot wonders what role the obsession with low prices may have played.

These days, the 250-hr button twiddling geeks can go from pounding the sidewalk to the right seat of a passenger jet in less than two years. That’s two medicals, and practically no peer review, not time for quirks, or worse, to become apparent. I know the trend is for low cost airlines (low-cost training) low-cost clothes, low-cost food, low-cost â€¦ lives. – Pilot Adam Shaw in an email to The Atlantic

Its corporate services (which havenâ€™t launched in NYC yet) is where Gett seems to have the largest opportunity. B2B car service revenue represents 30% of the countryâ€™s $11 billion taxi and limousine revenue, according to IBISWorld. Waiser argued corporate clients value the ability to book a car for a future time and paying fixed prices, and that companies are also less likely to contract with a car service that cannot guarantee a legal supply of drivers â€” due to the increased liability for transporting employees.

The 3rd ArcView State of Legal Marijuana Markets report found that if legalized nationwide, the marijuana market would surpass the $33.1 billion organic food industry by about $3 billion.

And the person who introduces organic Doritos to satisfy post-marijuana munchies will surpass them both.

No, it’s not by showing them vaguely sexual line drawings, but that’s surely gotten a smile out of at least a few travelers.

Can Perfume Make for Better Travel?

Deltaâ€™s offering is Calm, an eau dâ€™aeroport that it sprays in airplane cabins and infuses in the hot towels it gives out in premium classes. It has been spreading Calm for about two years, joining a handful of other carriers vying for olfactory distinction by developing their own individualized odors. The fragrant fliers include United Continental Holdings , Turkish Airlines and Air Canadaâ€™s low-cost rouge operation. Spainâ€™s Iberia is close to launching its own aroma, and Alaska Airlines is working on one.

The companies donâ€™t plan to bottle their scents for retail, but they do see a commercial value in them.

Zillow, Inc. today announced that it has entered into a definitive agreement to acquire Trulia, Inc. (TRLA) for $3.5 billion in a stock-for-stock transaction. The Boards of Directors of both companies have approved the transaction, which is expected to close in 2015.

The combined company will maintain both the Zillow and Trulia consumer brands.Â {Yahoo! Finance}

In June, Trulia received 54 million combined visitors to its web and mobile properties; Zillow received 83 million. The companies say that there is limited consumer overlap between the two.

The primary culprits? Lower Asian demand due to a 3% increase in Japanese sales tax and softer Chinese spending on luxury goods domestically and abroad.

Style
AirBnB Has a New Logo, The Blogosphere Is Having a Laugh

So Airbnb officially has a new logo to go along with a newly designed site. While their massive $776 million in funding has given them a valuation higher than that of publicly traded travel booking site Expedia, it’s the jokes across social media and blogs that are really putting the company in the big leagues. […] 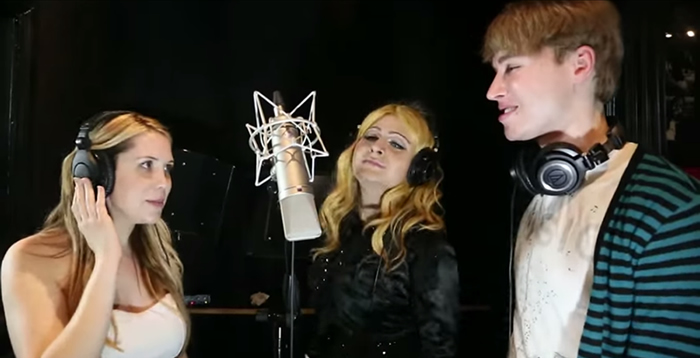 Celebrity images are inescapable, and brands have long counted on the appeal of those celebrities to sell productsÂ to fans hoping to be like the stars they admire, if only through a lipstick or beverage of choice. For some people, getting the same haircut, or wearing the same clothes isn’t enough, and more extreme measures are […]

Emerald recently passed the color crown to Radiant Orchid, Pantone colorÂ 18-3224 as Color of the Year. In what’s become a bit of tradition for us, we celebrate the arrival of the new color with HTML, RGB and CMYK codes, as well as complimentary and contrasting swatches, should you wish to send the winning color a […]

Jason Collins made history, with a personal essay in Sports Illustrated. It begins ‘I’m a 34-year-old NBA center. I’m black. And I’m gay.”   While there are a handful of openly gay and lesbian athletes, most aren’t involved in team sports, where the risk of intolerance from fellow players – not just fans – is […]

Style
Coming to a Bank Near You: The New $100 Bill

It was just a few years ago that we got the first look at the shiny, new $100 bill. Now, after production setbacks, BFrank is ready for his closeup. The new $100 bills are set to hit banks in early October, more than two years after the original February 2011 distribution date.

The idea of a $100,000 condom sounds like it would be a stunt from a jeweler who has figured out how to create some gold-plated, diamond studded novelty designed purely for publicity. In fact, the $100,000 condom will be the one which wins a grant from the Bill & Melinda Gates foundation for “next generation” […] 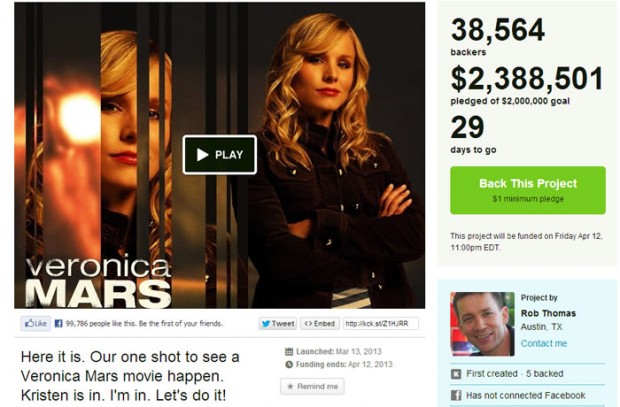 In what may be prove to be a viable funding option for programming with a loyal audience that doesn’t quite make it into a mainstream success, Veronica Mars creator Rob Thomas has raised $2.4 million through a Kickstarter project in less than 24 hours. Fans of the canceled TV show put their money where their mouths are and broke records for the amount of money raised, surpassing the $2 million goal to see the series developed into a movie in less than a day.

Beyonce kicked off what will be a few very high profile upcoming days with a rendition of the National Anthem at President Obama’s Inauguration today. The singer, and mom to Blue IvyÂ®, may not have had a meme-worthy hat (who could have really topped Aretha’s topper anyway?), but she definitely got the memo on Emerald and brought the glamour with large multi-jewel green earrings.