Black Is the New Burger 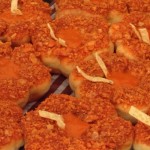 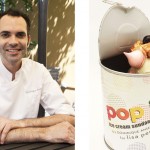 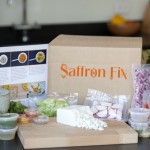 Franceâ€™s main hospitality union has signed a deal with a company called TakeAway to supply restaurants with microwaveable boxes in its quest to â€œgeneralize the use of doggie bags.â€

Beyond old habits, this may be a more difficult trend to import. In France and throughout Europe in general, restaurant portions are designed to be completely finished in one sitting, and are typically much smaller than their American counterparts.

While you’re in the lunch line deciding on which type of lettuce you want, Facebook employees are deciding if it’s a blueberry kale chip kind of day or a time to ignore calorie counts and go all in on a strawberry cronut with chocolate peanut butter pretzel ice cream. That’s if Korean BBQ, sushi and lots of other options have been ruled out. Even though that last one is presumably a knockoff, we can’t help but think cronut and ice cream in a can inventor Dominique Ansel would be impressed.

Michele Ferrero, billionaire owner of the company which makes chocolate hazelnut Nutella spread and Ferrero Rocher candies, is dead at the age of 89.

Fairlife is riding two trends in the food industry, according to Jonas Feliciano, a senior beverage analyst at the consumer-research firm Euromonitor International. The first is that Americans are convinced that they arenâ€™t getting enough protein. The second is that theyâ€™re increasingly vigilant when it comes to identifying any intolerance they may have of gluten or lactose. The high-protein, lactose-free Fairlife indulges both of these neuroses.

Food The Atlantic
Why Did Yelp Just Pay $134 Million for Bootstrapped Startup Eat 24?

The thinking is that this acquisition should help Yelp in two areas. First of all, it will give the company more contact points with restaurants. And second of all, it will help the company shore up its core listings business with another revenue stream.

Food Grubstreet
Because of Technology, Restaurant Workers Are Getting Bigger Tips

Some restaurants and service providers still prefer cash, but for encouraging generosity, credit cards and electronic payments are king.

â€œThe onset of iPad P.O.S. systems is completely changing the way consumers tip,â€ said Justin Guinn, a retail market research associate at Software Advice, who recently completed a study on the effect of such systems on tipping practices for clients in the restaurant industry. â€œJust this morning, I gave a 40 percent tip on my $2.50 coffee because the cafeâ€™s P.O.S. system has a â€˜smart tippingâ€™ feature.â€

Though there wasn’t one definitively “original” design, a pattern emerged among mass-produced uniforms. The white â€” often detachable â€” trim around the sleeve was attractive, but more importantly, it made the outfit reminiscent of those worn by ladies’ maids (as did the little hat). Imagine a stereotypical French maid outfit: Chances are, you’re picturing the same thing as a diner waitress uniform, but in black. The typical waitress uniform therefore needed to seem servile enough to make customers feel as though they were getting a little bit of luxurious treatment with their coffee and dessert. 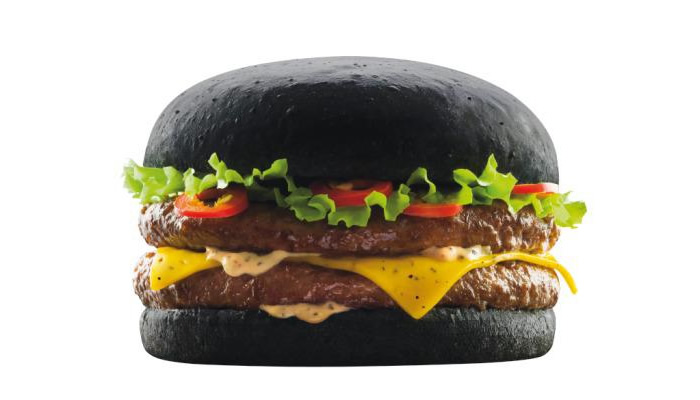 Food
Black Is the New Burger

The last limited edition product to be associated with Burger King that we spotted was the Buffalo Crunch Donut. While it certainly didn’t seem like the healthiest menu option, it made sense given that it came from a franchisee of the Tim Horton’s chain which was recently acquired by the company, and for the fact […]

Burger King has been under fire since acquiring Canadian donut chain Tim Horton’s for their decision to move their headquarters to Canada, in a move that many view to be one that’s purely for tax avoidance. An existing Tim Horton’s franchise owner can be credited with shifting the conversation at least partially back to what […] 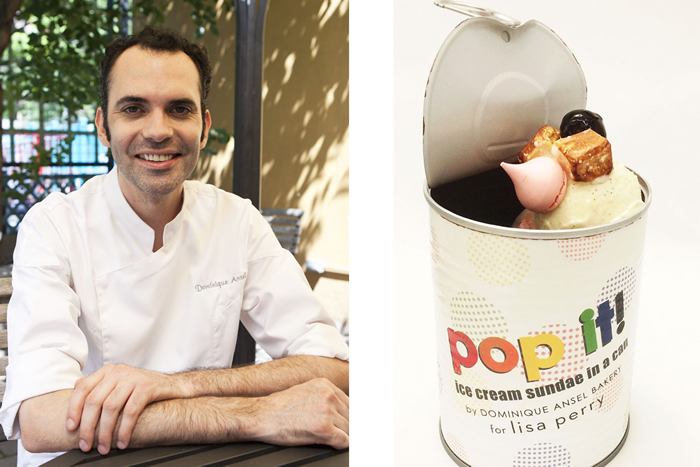 Remember how everyone got so excited about cronuts – the donut made of croissant pastry? There were block long lines, predictions of the cronut becoming the new cupcake (before Crumbs went under, R.I.P.), which ironically was the “new” donut, following a quick, sweet love affair with Krispy Kreme. While there haven’t been any high profile […] 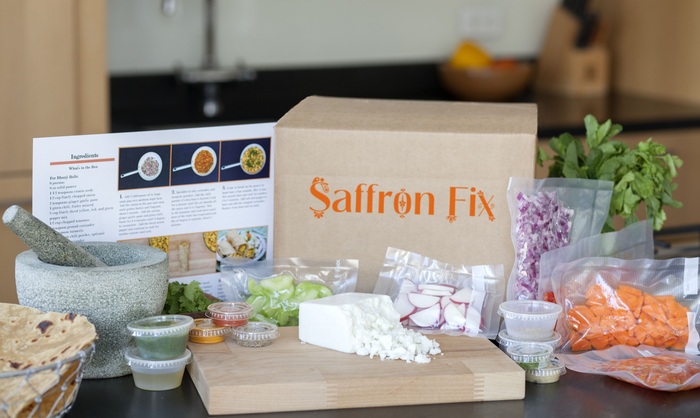 Saffron FixÂ {Kickstarter} is a food ingredient delivery service, like Blue Apron, but what makes it unique is that it focuses on Indian cuisine, and it allows customers to choose whether they want their ingredients to come chopped, grated or sliced. Co-founder Ankita Sharma says she has seen two contrasting scenarios in the U.S. and India. […]

If you happen to be passing through the Southwest region of France and are looking for a restaurant, you may want to skip Il Giardino in Cap-Ferret if you can’t find anything nice to say about it. The restaurant sued food blogger Caroline Doudet, who wrote a review titled “The Place to Avoid in Cap-Ferret […] 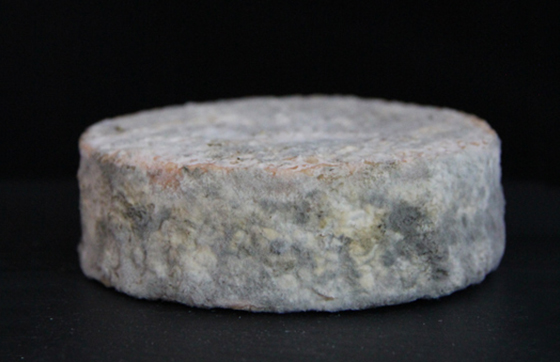 While a slice of cheddar on top of a sandwich, or a bit of Brie paired with a cracker is usually an appetizing sight, the smell of cheese doesn’t have the best reputation. If you’ve ever heard anyone joke “who cut the cheese?” following a less than fragrant moment, then you already know it’s not […]

Food
What Will Taco Bell’s ‘Low-End’ Menu Look Like?

Taco Bell, the paragon of haute Mexican cuisine known for such gourmet offerings as the Doritos Locos Taco, is testing a new $1 category, described on a conference call as their low-end menu. That’s right, if you’ve ever walked into a Taco Bell and thought “I wish there were something available for less refined palates,” […] 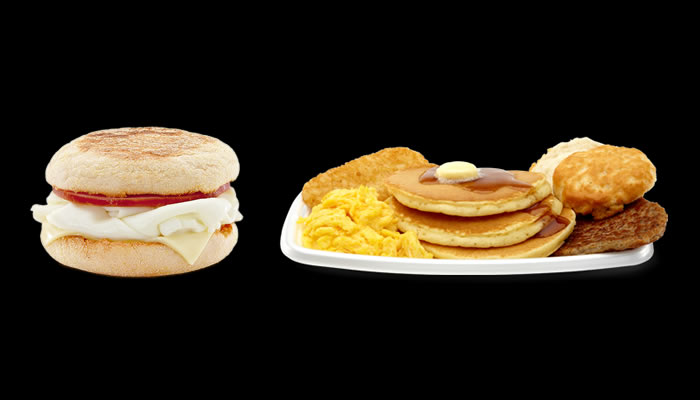 Food
All Day Breakfast? McDonald’s Is Mulling It Over

Would you like to be able to order an Egg McMuffin at lunch time? The question is getting some big buzz because McDonaldâ€™s CEO Don Thompson said heâ€™s entertaining the idea. And, well, when this mega restaurant chain is involved, itâ€™s also because there are a lot of people out there who might like to […] 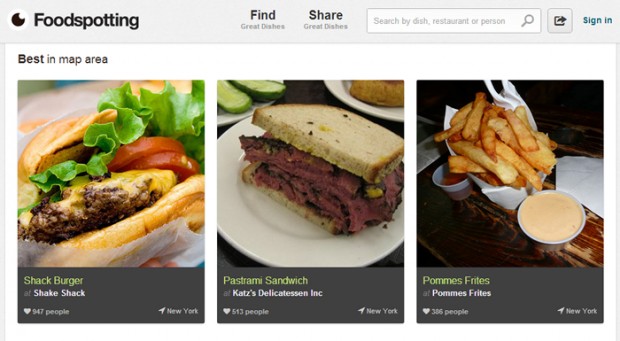 In a move that is so logical, we’re surprised it didn’t happen earlier, Foodspotting announced today that they’re being acquired by OpenTable. 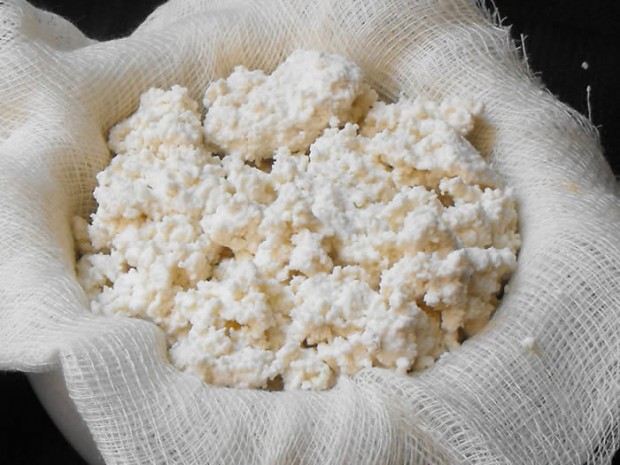 In a discovery that had the potential to smell worse than whatever ancient artifacts are in the back of your refrigerator, scientists have recently come to the conclusion that 7500-year-old pottery discovered in Poland was used to make cheese. In case you’re wondering, various reports put the oldest wine somewhere between 1600 and 3000 years old – meaning the party didn’t really get started until quite a few centuries later.

Food
How Red Bull Got Its Multi-Billion Dollar Wings

Red Bull founder Chaleo Yoovidhya got his wings this week, passing away at the age of 89. Leaving behind a personal fortune of $5 billion, he also leaves a legacy as the founder of an even more successful beverage company that earned roughly the same amount in 2011.