A Look At the Business of Sneakers 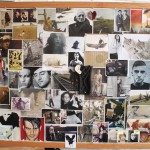 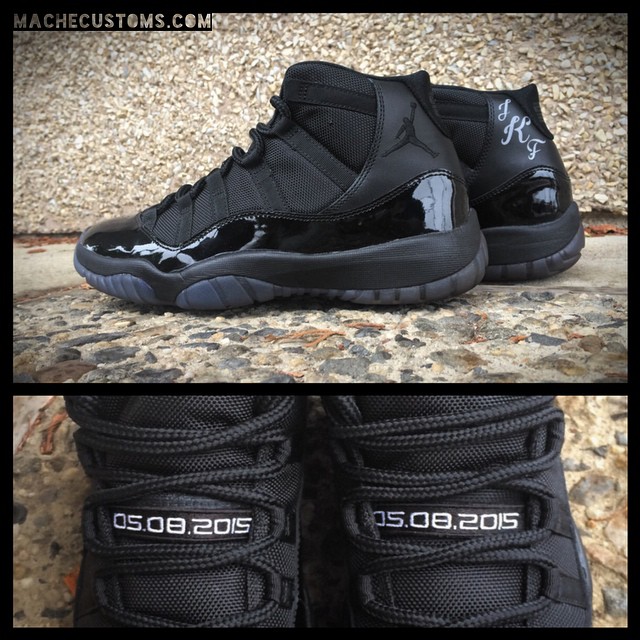 Artists from all over the world can apply to be a BucketFeet artist and the best works are printed up on BucketFeetâ€™s shoes. All the manufacturing and distribution is handled by BucketFeet, and artists walk away with a minimum of $250 as a down-payment and $1/shoe sold.

The Chicago based companyÂ also sellsÂ to brick-and-mortar retailers like Nordstrom, Bloomingdaleâ€™s, and Lord & Taylor, in addition toÂ their own studios and pop-up shops.

Apple will outfit its official retail stores with safes to house the more expensive, gold â€œEditionâ€ variants of the upcoming Apple Watch, according to sources. The safes will likely be used to carry both to-be-sold inventory as well as to store demo units from the show floor overnight. The custom-designed safes will be outfitted with Apple Watch MagSafe chargers in order to keep the demo units charged up and ready to go for the next day of business. Apple has already begun installing the safes in some stores ahead of the Apple Watchâ€™s expected release in April. 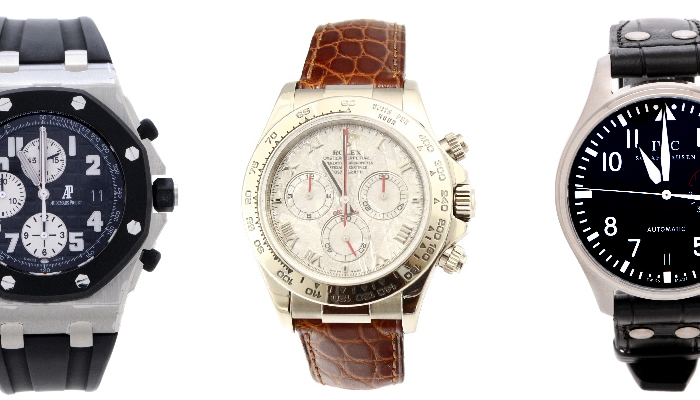 Where Amazon grew bored with just dominating the book market, and quickly became the Amazon of everything from web storage to diapers, Netflix has largely been content to remain the Netflix of movies and television. While the rental model hasn’t been foolproof in all industries, Rent the Runway has done well as the Netflix of […]

Style
A Look At the Business of Sneakers

While women frequently take the rap for shoe obsessions, anyone who’s known a sneakerhead knows shoe worship regularly crosses gender lines. The Cut takes a look at teen sneakerheads who are finding the sneaker market more lucrative than the street market. 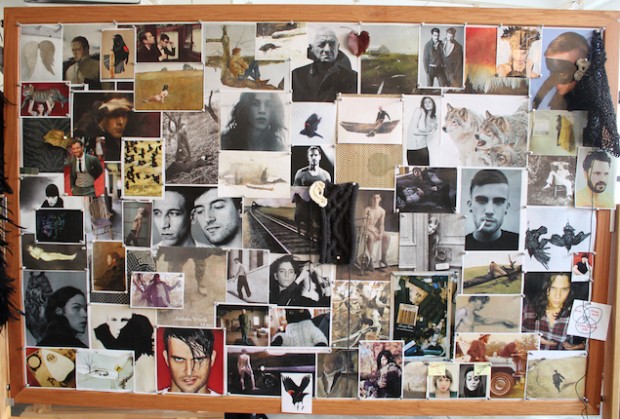 Menswear often leans towards heritage and a designated color palette (black, gray, blue, brown or red in various levels of intensity), so it’s interesting to hear about the thought process that goes into a collection with the goal of pushing boundaries while maintaining wearability.

They’re not really designed for cycling, but we’d like to think that somewhere out there, a shoe designer was pacing back and forth looking at his shoe collection, then his bike, lamenting the fact that his beloved casual shoes just weren’t cut out for late night bike rides, where it really is important to make cars aware of your presence through bright colors or reflective strips. 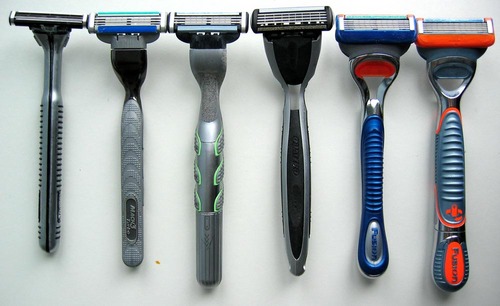 How much has Gillette spent convincing guys that their razors are “the best a man can get?” There’s no definitive figure, but a significant portion of what you pay for the brand name blades goes towards marketing and advertising to implant that thought in your mind.

A new product of the month startup called the Dollar Shave Club (you’ll have to take our word on this, the flood of guys interested in dollar razors has kept the site down most of the day) wants to cut all of that out and bring pricing down to where it would be if you replaced TV spots and magazine ads with social media.

I’ve never been slim â€” I played offensive line in high school â€” but I’m no cow either. (I’m happily a “Russell Crowe” body type.) So I immediately went across the street, bought a tailor’s measuring tape, and trudged from shop to shop, trying on various brands’ casual dress pants. It took just two hours to tear my self-esteem to smithereens and raise some serious questions about what I later learned is called “vanity sizing.”

It’s not so much that Jay-Z and Rocawear are making money on the shirts, which co-opt the message, but the fact that none of it goes to support the movement itself seems to fall onto the whole greed side of things. 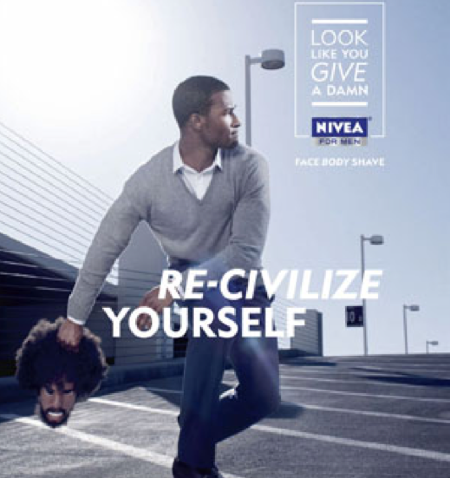 Nivea came under fire yesterday for an ad with a black man throwing out a head with longer afro hair and full beard. The image was part of a “Look Like You Give a Damn” campaign for Nivea for Men. The problem? The “re-civilize yourself” tagline struck many people as racist when positioned over a black model. A similar ad with a white model reads “Sin City Isn’t an Excuse to Look Like Hell.” The white model also holds a head with long hair and a full beard. 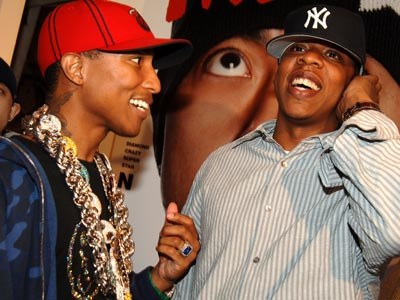 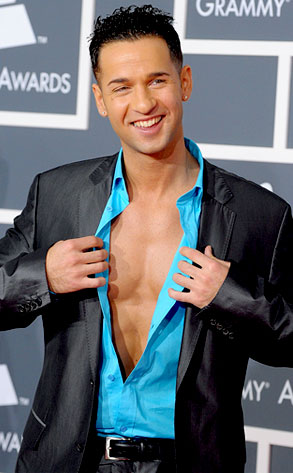 Style
Another Jersey Shore Clothing Line Is In A Troubling Situation

In spite of companies who keep trying to make it happen, it looks like fashion just isn’t the industry for the Jersey Shore cast. First, JWoww’s Filthy Couture line was shuttered, now Mike “The Situation” Sorrentino is being sued by Dilligaf (an abbreviation for “Do I Look Like I Give a”… you can figure out the last letter), a t-shirt maker that produced Ed Hardy-esque apparel for a “Situation” branded clothing line.

Style
Jeweled Genitals: If Everyone Jumped…

You may have heard of vajazzling – the inexplicably popular practice of women decorating their bikini areas with Swarovski crystals. Apparently, some men out there have been so dazzled by the shining nether regions of their ladies that they’re getting in on the bejweled action.

Style
Denim JeanPants Underwear (Not Just for Nevernudes): If Everyone Jumped

The things people come up with to make men’s clothing more interesting never fails to amaze. Maybe you’ve already got your pair of SUBS garter/suspenders, but want an extra bit of assurance in case your pants sag just a little too low. Enter JeanPants underwear. 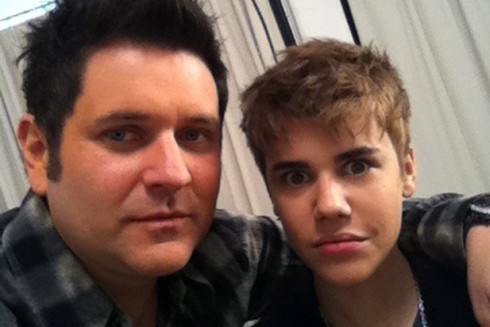 Style
Justin Bieber Gets a Haircut, John Travolta Goes Bald at the Beach

In today’s breaking men’s hair news, taking a few inches off seems to be the new trend. 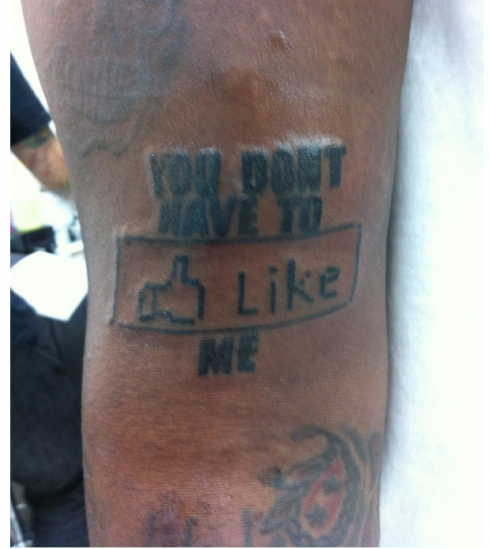 Style
Can We Get Facebook To Do Something About T-Pain’s Tattoo?

Sigh. Another day, another tattoo that should never have gone beyond the temporary variety.

The latest in our ongoing series of Tattoos You Will Regret comes courtesy of singer/rapper T-Pain, who took Facebook’s like button beyond the web and onto his arm.

We know that temporary tattoos had a bit of a moment last fall, and we liked seeing Adam Levine’s real ones as much as anyone, but can we officially declare brand tattoos one step too far? 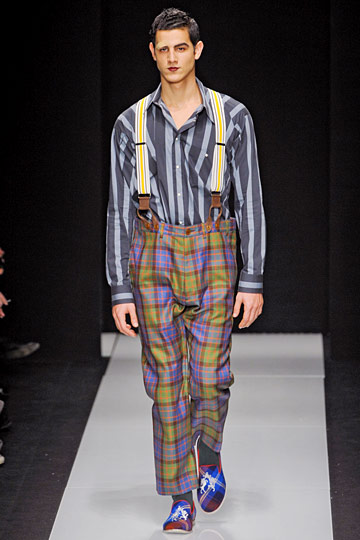 Style
Lyndon Johnson Would Have Loved Vivienne Westwood’s Latest Looks, Prince William? Not So Much

By now, you may have seen this video of animations set to audio of President Lyndon B. Johnson describing to clothing maker Joe Hager his need for pants with room “where the nuts hang… back to the bunghole,” and an additional 2 inches or so of fabric to let in or out depending on his weight fluctuations. That’s a direct quote. 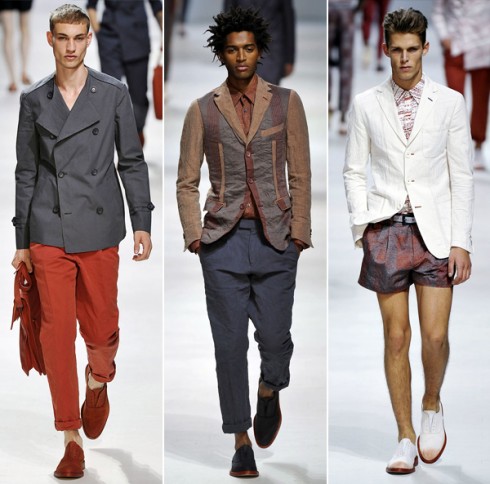 Style
Zegna’s Upcoming Runway Show To Be Shown In 3D

Taking a page from brands like Burberry and Ralph Lauren, Ermenegildo Zegna will make their upcoming fashion show 3D.

James Lima, who was a visual consultant on 3D box office behemoth “Avatar,” will be in charge of the show which will combine a live performance with projected images of models and a 360-degree background.